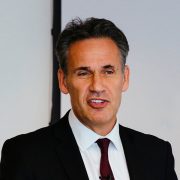 The future of the professions: how will technology transform the work of human experts?

It is a remarkably exciting – but also very unsettling – time to be alive, according to Professor Richard Susskind, an independent adviser to professional firms and governments, and co-author of the book ‘The Future of the Professions’.

Giving the first presentation of the Symposium, Professor Susskind explored how the professions might approach the future – the mindset it would be helpful to have – and discussed the changes occurring at the forefront of the professions. He also described how he saw technology unfolding and its relevance for the professions, its impact on jobs and on new models for the delivery of professional services.

In collaboration with his son, Daniel, an economist at the University of Oxford, he had examined the impact of technology on the professions. Their research across eight different professions had found radical change at the vanguard, with spectacular changes in the way professional services were being delivered.

In broad terms, they saw two futures: in the first, technology would be used to streamline and optimise the delivery of existing services. This would be reassuringly familiar, as the nature of the services would not change. However, in the second future, technology would be used to challenge or replace traditional ways of working. This was the promise – or threat – of artificial intelligence (AI).

the professions should take a step back to think about what unique, fundamental value they gave to those they served, and how they might deliver that value in new and different ways.

In the past, people had turned to professionals when they needed help, guidance or expertise. In return, professions were granted legislative exclusivity to provide their services. However, he suggested that the professions were now ‘creaking’: for many people, they were unaffordable, antiquated and opaque, and the best expertise was unevenly distributed.

Society had changed and the structured approach to the professions needed to be revisited, he said. The question was: could professional services be accessed and distributed in different ways?

People were already accessing services in new ways and machines were already replacing professional skills – for example, machine learning-based systems were outperforming human beings in diagnosing medical conditions in some areas.  More technological developments were resulting in human professionals being replaced, and no profession should believe it was unique or that it would be immune to the influence of technology.

Also, the technologies underpinning many of these developments were growing at an exponential rate, he said, and machines were becoming increasingly capable and pervasive. Human beings were also increasingly connected to one another, opening up different ways of interacting.

Fifty-two years ago, Gordon Moore, the co-founder of Intel, predicted that, approximately every two years, the processing power of computers would double. This was ‘Moore’s law’.

Professor Susskind said that, on first look, this did not seem that remarkable. However, it actually gave rise to an explosive exponential effect, and this was what was being seen with technology, particularly processing power. By 2020, the average desktop computer would process at 10 16/17 calculations per second – about the same processing power as the human brain. If Moore’s law held, then by 2050, the average desktop computer would possess more processing power than all of humanity combined. This was not science fiction, he said, it was the reality of what was happening.

This increasing capability opened up possibilities in data processing (big data), in problem solving, in artificial intelligence and in robotics.

It was a great privilege to be alive at the time of the greatest progress in technology that the world had ever seen.

He also stressed that there was no finishing line in sight as far as technological developments were concerned. New breakthroughs, new systems and new technologies were being reported on a daily basis.

All these developments were paving the way for advances in AI. The ‘AI fallacy’, he explained, was the mistaken assumption that the only way a machine could perform at the level of human experts was by replicating their expertise or judgement. However, machines were outperforming human beings in a range of different fields by doing what they did best – using their ever-increasing processing power to analyse vast amounts of data with clever algorithms. Machines did not exercise judgement, but they could handle uncertainty; they did not ‘think’, but they could learn.

So, in an era of increasingly capable, non-thinking machines, what would this mean for jobs? The decision for the professions in the 2020s would be whether they tried to compete, or whether they redefined themselves and helped build the systems that would replace what they did.

He warned that if the professions did not get involved in building such systems themselves, someone else would do it for them.

The 2020s, he suggested, would be the decade of ‘redeployment’ and not ‘unemployment’ of professional skills and talents.

Technological change meant that new models for the delivery of professional services and the distribution of professional expertise would emerge, as would technologies that could greatly improve the lives and wellbeing of people and animals.

He warned that if the professions did not get involved in building such systems themselves, someone else would do it for them.

There was a fantastic window of opportunity for the professions to embrace these developments, he said.

The fundamental mindset was not ‘What will the future look like?’ but ‘What future can we create?’

Privacy notice: This site uses cookies, which we use to improve your experience, and not for marketing purposes. If you continue we'll assume you are happy to receive them. Read our cookie policy
Professor Dimitrios Spyridonidis MRCVS