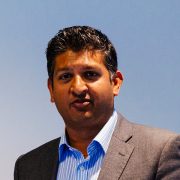 Telemedicine and clinical standards: a case study in human healthcare

Babylon Health has a mission to put an accessible and affordable health service in the hands of every person on earth, the company’s Clinical Director Dr Umang Patel told delegates.

Babylon Health offers an online and app-based telemedicine healthcare system built on artificial intelligence. It was founded in January 2013 and developed its first app in April 2014. It now has more than 800,000 global users and operates in the UK, Ireland and Rwanda.

Describing Rwanda as ‘the odd one out’ of the three, Dr Patel explained that there are only 1,000 doctors in the country to serve a population of 11 million people – however, there are 18 million SIM cards. So, when developing a healthcare system from scratch in Rwanda, it makes sense to look alternative ways of delivering services.

Babylon Health started work in Rwanda in April 2017 and believes it will have one million users there by the end of this year.

Dr Patel demonstrated how users of the app can access help with any health concern they might have. The aim, he said, is to get an individual to the right outcome in a short space of time. Artificial intelligence is ‘front and centre’ of the system, which is informed by vast amounts of data; users also have their own individual profiles containing relevant information. Initially, the system asks the user what it can help them with before asking further questions based on the answers given and on the user’s individual profile. It cross-references the responses against its source data and the individual’s profile to reach a provisional diagnosis, before offering advice on possible next steps, such as what the individual might do themselves to deal with a problem, or whether they should speak to a doctor.

Dr Patel demonstrated how users of the app can access help with any health concern they might have. The aim, he said, is to get an individual to the right outcome in a short space of time.

It also measures outcomes, so if its suggested approach is not successful, it builds on its previous experience to progress the case.

The aim is to provide an individualised service, he said, rather than a standardised approach such as that used by the NHS 111 system.

The system can deal with prescriptions and remind people to take their medication.  It can offer preventive healthcare advice based on an individual’s profile.

It also offers video consultations with doctors. The consultations are recorded so that they can be viewed again if either party needs reminding of what was said.

Dr Patel said that, overall, the system helps people engage with, and understand, their own healthcare.

Privacy notice: This site uses cookies, which we use to improve your experience, and not for marketing purposes. If you continue we'll assume you are happy to receive them. Read our cookie policy
Dr Adam Little